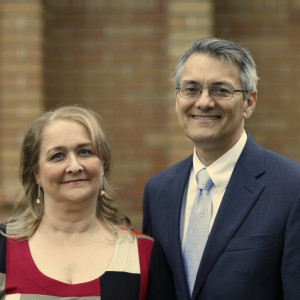 Terry and his wife Anita Giezentanner have five children and have been at Memorial for many years.

Terry has led the missions committee for the last few years and participated in several mission trips to Ukraine. Anita's family joined Memorial around 1960 and she grew up in this congregation as a member of the youth group. Terry and Anita married here in 1978. Their travels and educational pursuits led them away from the Memorial area, returning in 2004. Anita has participated in Bible study groups, taught children's classes and has been an active member in a variety of ways. Terry was brought to Christ through prayer and study with Anita.

Terry is a senior investment analyst with Northmarq Capital and Anita is an anesthesiologist with the University of Texas Medical School at Memorial Hermann in the Texas Medical Center.