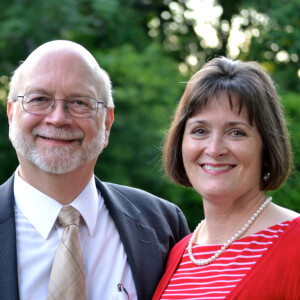 Robby Robinson, Jr. has been an elder at Memorial since 2004, but he started attending Memorial with his father, Robby, Sr., a former elder at Memorial; mother, Gene; and sister, Sharon, in 1958. He and his wonderful wife, Pam, have two children and two grandchildren.

Robby has a Ph.D. in Organizational Psychology from The Ohio State University and is a Licensed Psychologist in Texas. He is a partner with a consulting firm that focuses on improving organizational performance, conducting individual testing, providing executive coaching, and conducting training. His hobbies include playing the guitar, reading, horseback riding, and playing with his grandkids.

His favorite scripture is “The angel of the Lord encamps around those who fear him, and delivers them. Oh, taste and see that the Lord is good! Blessed is the man who takes refuge in him! Oh, fear the Lord, you his saints, for those who fear him have no lack! The young lions suffer want and hunger; but those who seek the Lord lack no good thing” (Psalm 34:7-10).