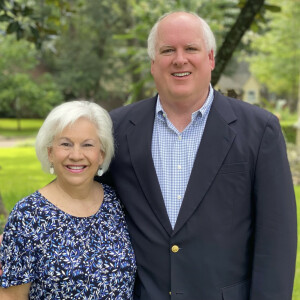 Greg Hughes was born in north Texas and his family moved to Houston when he was in the 5th grade. He grew up attending Memorial Church of Christ where he was baptized into Christ and met his future wife, Sandra. They were married while attending Texas A&M University where Greg earned a Master of Architecture degree. After supporting Greg in school Sandra earned her degree in Education from the University of Houston. They lived in southwest Houston where Greg was a deacon at Westbury Church of Christ involved with the young married ministry. From 1985 to 1990 they lived in Macon, Georgia where Greg volunteered as the Director of Education and both served as teachers for a small congregation before returning to Houston in 1990.

Greg is Managing Principal of Broaddus where he directs the master planning and facility planning practice of the organization. He is involved with the planning & development of medical, higher education and other institutional facilities spanning both domestic and international locations. Sandra taught in the Memorial Church of Christ Friendship School from 1992 to 2018. Greg and Sandra have both served as teachers at Memorial and have been involved with numerous family, young family and youth activities. They have three grown sons who grew up and were baptized into Christ at Memorial. They also have three grandsons.