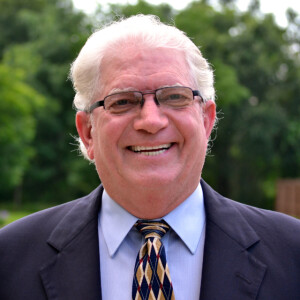 Larry D. Phillips joined the Memorial team as the Minister of Congregational Care/Outreach and the Administrator of the Memorial Bible Institute in June of 2012. He and his wife, Lou Ann, began worshipping at Memorial in 2006. Larry brings knowledge and experience as a minister, missionary, and public school teacher to our congregation. Both, he and Lou Ann are bilingual in English and Spanish, and were formerly part of a three-member team that established a congregation in Puebla, Mexico. He holds a BS degree in Health and Physical Education from Texas A&M and a MA degree in Missiology from ACU. Lou Ann received her BS in Education from Texas A&M and a MA in Bilingual Counseling from University of Houston, Clear Lake. Both are Houstonians by birth. Larry grew up in North Houston and Lou Ann in Pearland.

Larry’s favorite verse is Psalm 46:10, “Be still and know that I am God. I will be exalted among the nations, I will be exalted in the earth,” and Lou Ann’s is Galatians 6:9-10, “Let us not become weary in doing good, for at the proper time we will reap a harvest if we do not give up. Therefore, as we have opportunity, let us do good to all people, especially to those who belong to the family of believers.”